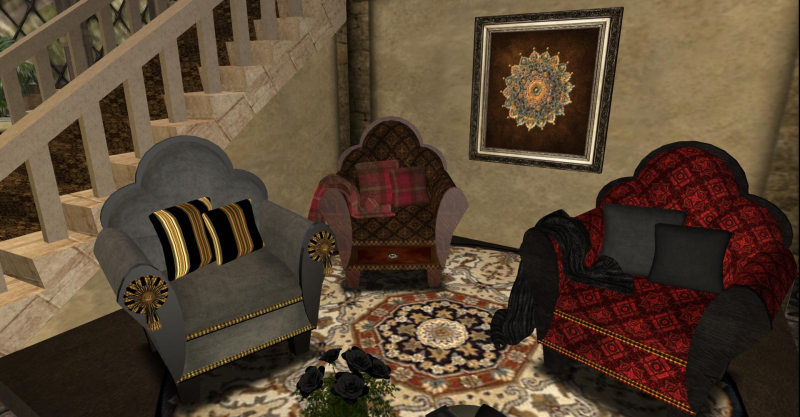 Lately as I said I have gotten so sick of events, and so sick of the latest mesh creations which consist of gazebos, candles in cages, photo frames, couches with blankets artfully draped on them that have no or only 3 texture options, console tables, things made in fact originally by Katy been then retextured, loungers -- well, you get the idea. There's very little new under the sun.

I now have 100,000 plus items in inventory. Since hitting 100,000, I've been battling every day to whittle it down -- deleting name repetitions and empty notecards which are obvious low-hanging fruit, as well as endless packaging garbage from merchants like folders, group joiners and landmarks, but also just plain ugly crap that will never be used.

Since the Postcards are broken and I now have to manually take photos and save them offline AND remember to keep the SLURL -- well, I'm done for now. I need a break, and likely I will take one for a month or more from events. I'm just done buying them, because I realized that even if I put out 100 items a day from inventory that were not used, I would only have used 36,500 items after one year. Not all of the 100,000 items are furniture, of course, but probably half of it is, and it's daunting to think that it might take two whole years to use every piece of furniture I have bought in my inventory, deleting some along the way. I love decorating, but really, it's heart-breaking to accidentally come across some things I bought in inventory and FORGET! A crime! Like the AIR stuff (will show later).

Lately, I've been scouring the MP for 49L items that are just weird or even Soviet for a build, or actually quite well made even if prim or sculpty, with the occasional mesh find.

When I started the Celtic forest, I decided that every single 30L Saturday Sweet Revolutions tree, log, grass etc which has sat in inventory for years without use HAD to be used. It's insane not to. And much more. (SR, run by Gwen van Aurora, is the store where I got the big swamp trees and such for the Shaman site in Tofalar).

For example this past Saturday -- why would you not buy a 30L Tourmaline Tree and glowing jewel-like teardrop plants? But then...will you use them? Well, I'm determined to do just that now. 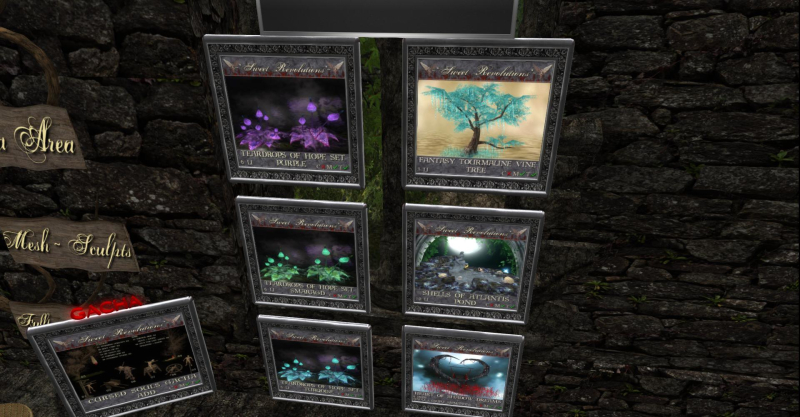 The Celtic Mystical Forest kit comes from this store called CELTIC MYST dEcO ++mAgIcK Deco Designs++ that has all this amazing Celtic, fairy, druid, medieval, etc. stuff which I love. I guess it is my Irish roots. To be sure, it's sculpty. I don't like sculpty as a rule for houses and furniture, it doesn't look good and why buy it when you can buy mesh? But for forests it can be pretty good, and sometimes better. Although in this case, Celtic Mystical doesn't do grasses at all well, but fortunately their kits are on "mod" and they don't put in shadows to prevent you from removing things. More on this later. I will show more of that when it is finished.

So it is SO REFRESHING to find a store like Iolair Design which is off the beaten path. I'd never heard of it. It is run by a German woman (or at least, an avatar with a quotation in German on her profile), so you wonder -- why Celtic? It has a bit of a heavy German feel to some of the Celtic furniture. But that's ok. One likes sturdy furniture in SL that won't break after years of use! These Oxford chairs are wonderful. I got a moss green one.

Then there's this jewelry box, which unlike so many mesh things, opens! Hooray! 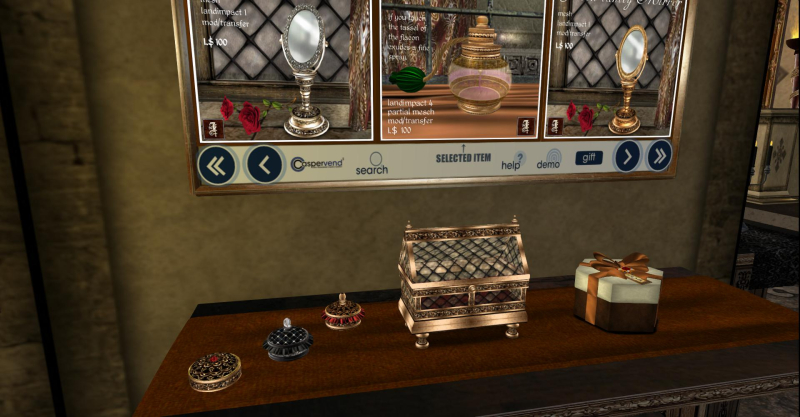 These Faberge type eggs aren't exactly Celtic - but I guess their theme is broader to include "Medieval". They don't "do anything" although one of them keeps time. 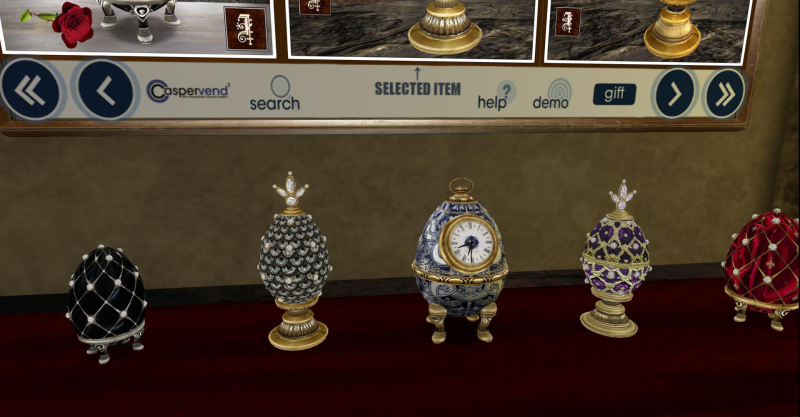 I loved these cut-glass flasks. They don't dispense anything. But they're mod so you could put something in them. They really look good! 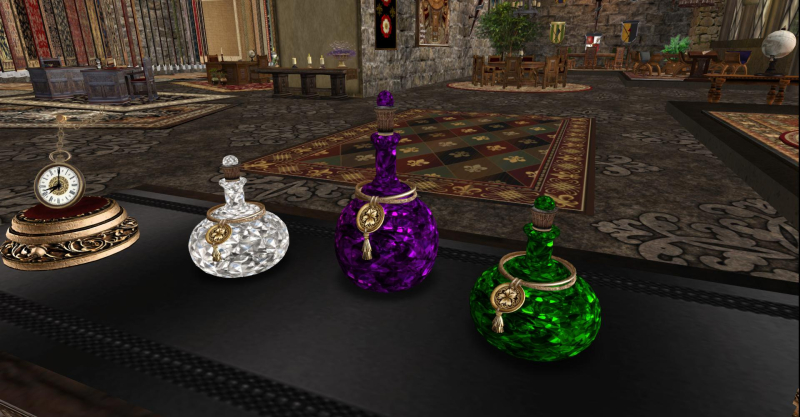 More later on the couch...