Yet More on Home & Garden Expo - Kitchen and Study 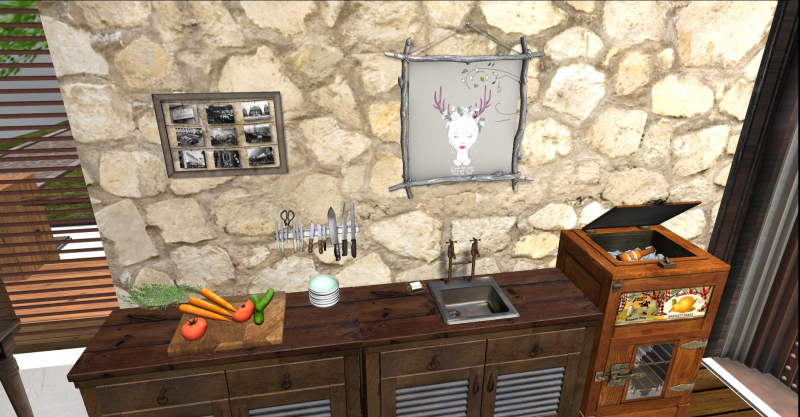 So this is what I called "the kitchen" in this house because I didn't want to put the kitchen in the tiled area by the living room. I looked at various tables and bars THOR had but in the end I decided to save money and just edit the existing "dirty sink" and take the sink out, then cover up the whole with an AF chopping board with vegetables -- not one of his best but it was what I needed. The Second Spaces knives and "hard to find bowl" by keke which seems to be ubiquitous in my inventory and not hard to find at all. I don't like it very much either but I needed some small salad bowls. I need the logic everywhere. Then there was no room for a refrigerator so I put in this old ice chest from StoraxTree.

Why here? Because he has less steps to walk to up to the roof deck with the barbecue which is where a lot of the meals are going to be. I put in this Japanese steak block which is weird, it has a limited number of steaks inside, but it fit the idea of "food prep". Then some soy sauce. That tray was from ASW's "anti-prom" set but I took all the macarons off it -- it is very, very hard to find good trays in SL. unKindness has a tray but it's too gigantic and not on edit. I later took the ionic frame out of here, too cute. THOR's Genoa photos then became the place where I could do "Spanish Civil War" without prims especially after not finding a non-Communist Internationale . 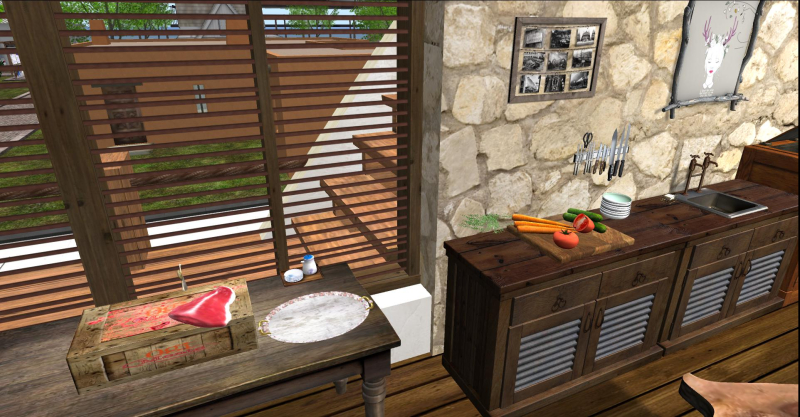 So now we come to the study off the "kitchen" which was supposed to be "the bathroom," but who needs a bathroom in SL? This is why I rarely bother with them. I love Apple Fall's coat -- there aren't that many realistic mesh hanging garments, and I've started collecting them as they add realism. I'm going to put the shopping guide in another pot so you can get all these wonderful props. Bamse's Poet desk isn't my favourite desk. But it's low prim and then the other things in that set go with it and fit. The chair is odd, but then so is the inhabitant of this house. 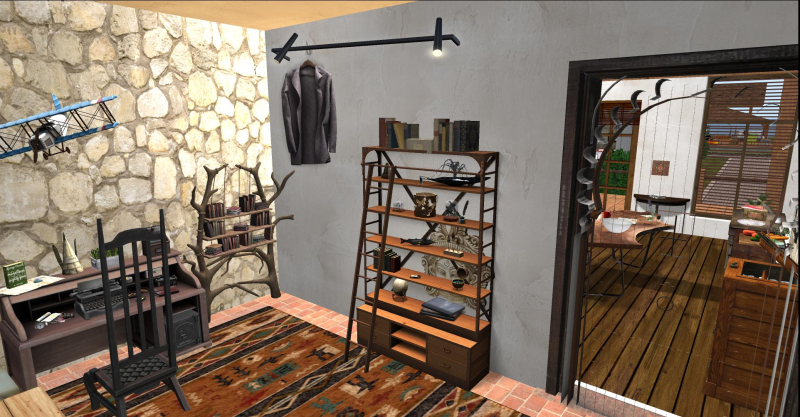 I loved everything I put on this shelf by Newchurch -- although I swapped out some things since this picture. 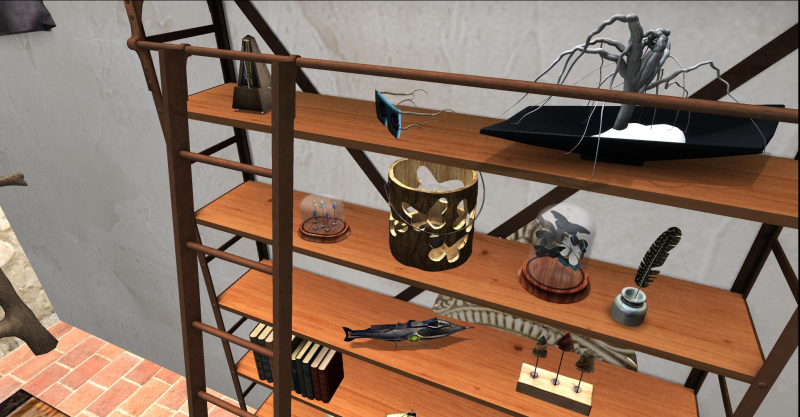 Here is a man living with his memories from wars, world travel. 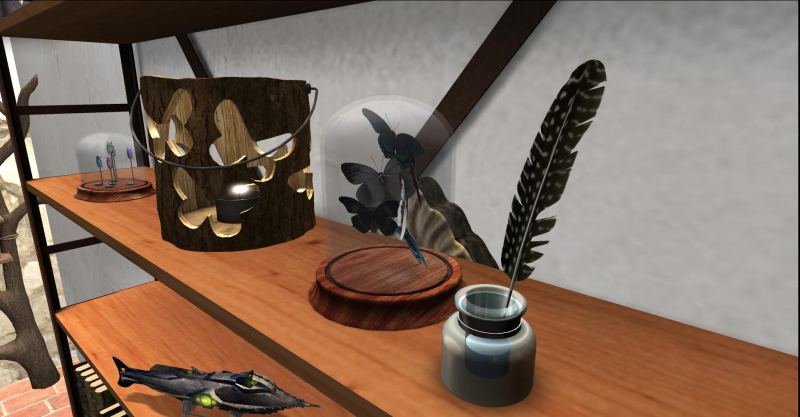 This Nautilus from THOR is from Jules Verne's book and it's pretty cool. The ink stand gives you a different first line of a sea travel story on each click. I wish more creators did things like that.

I had this arrow set from AF and it's funny, I never looked into the whole set. And it's absolutely wonderful, especially the ultra rare cabinet with arrowheads and other treasures in it. 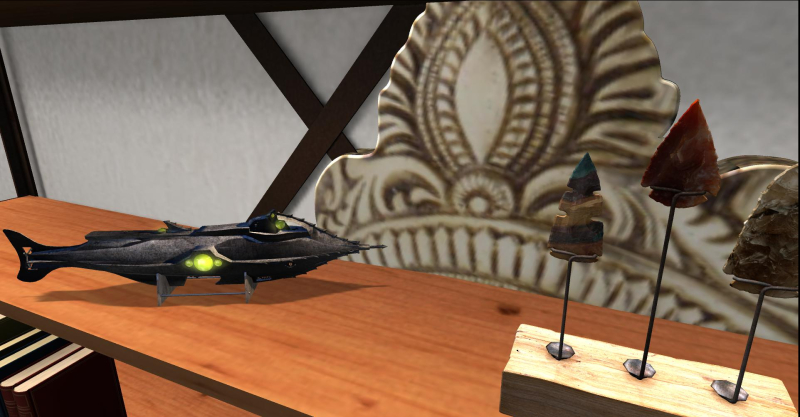 I don't know what this is exactly from THOR. It's a bit cumbersome and doesn't lie flat. It's not in a set, and he may have sent it to me. 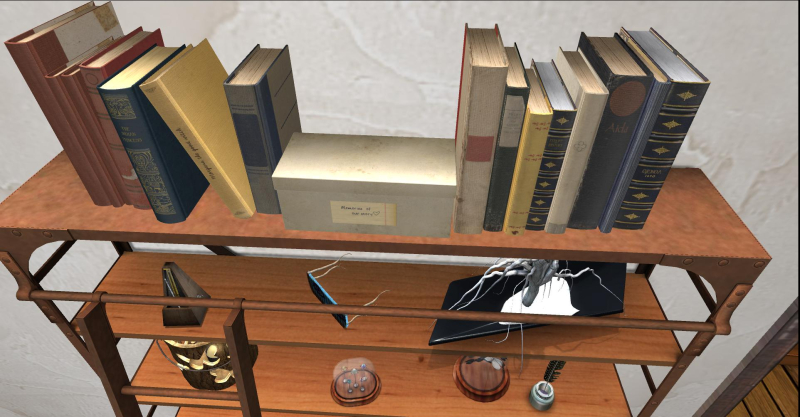 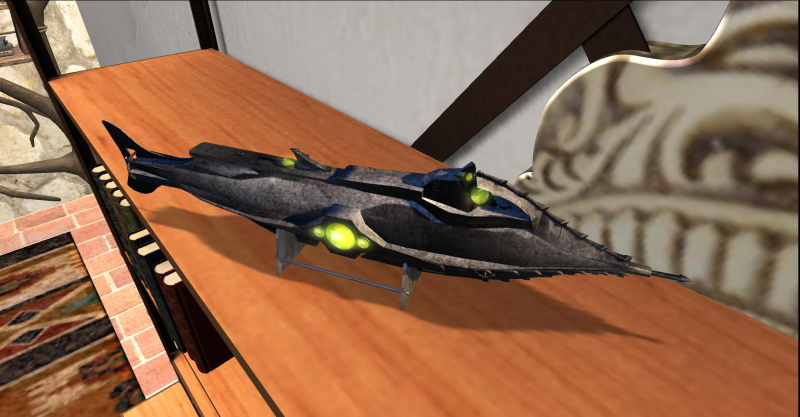 I just finished reading this fictional account of George Orwell's life, so I have him on the brain, and I had to add this. Paperweights are so hard to fin in SL -- there aren't any. So I made one. 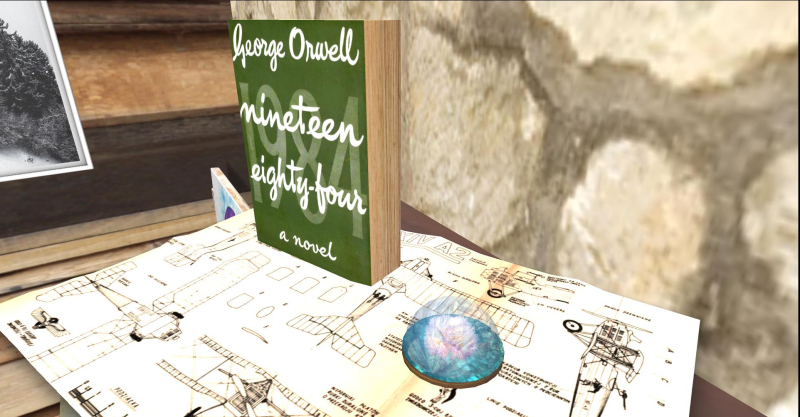 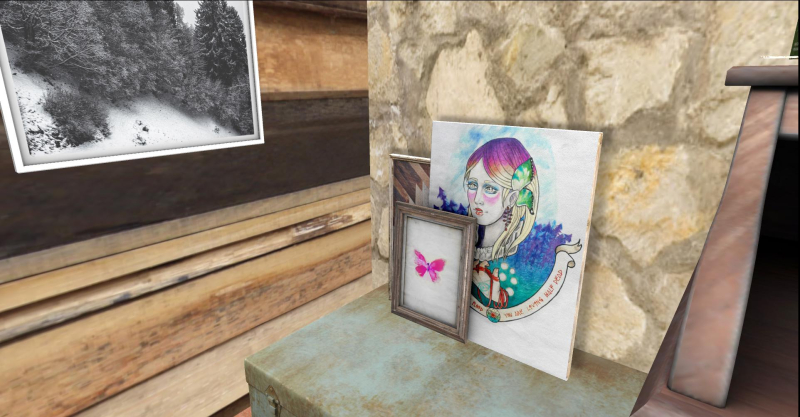 So the snippet from the Beatles' "Yesterday" then ultimately dates the house in the 1960s.